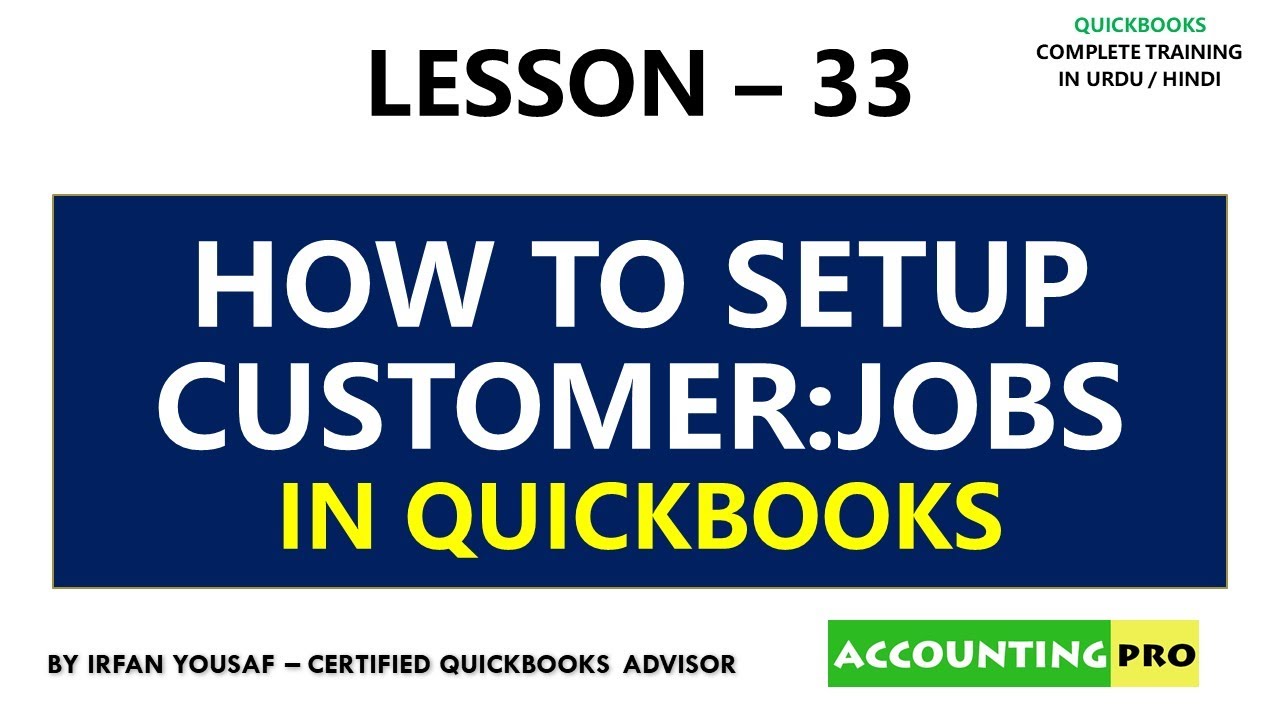 033 - How to Setup Customer Jobs - Job Costing in QuickBooks 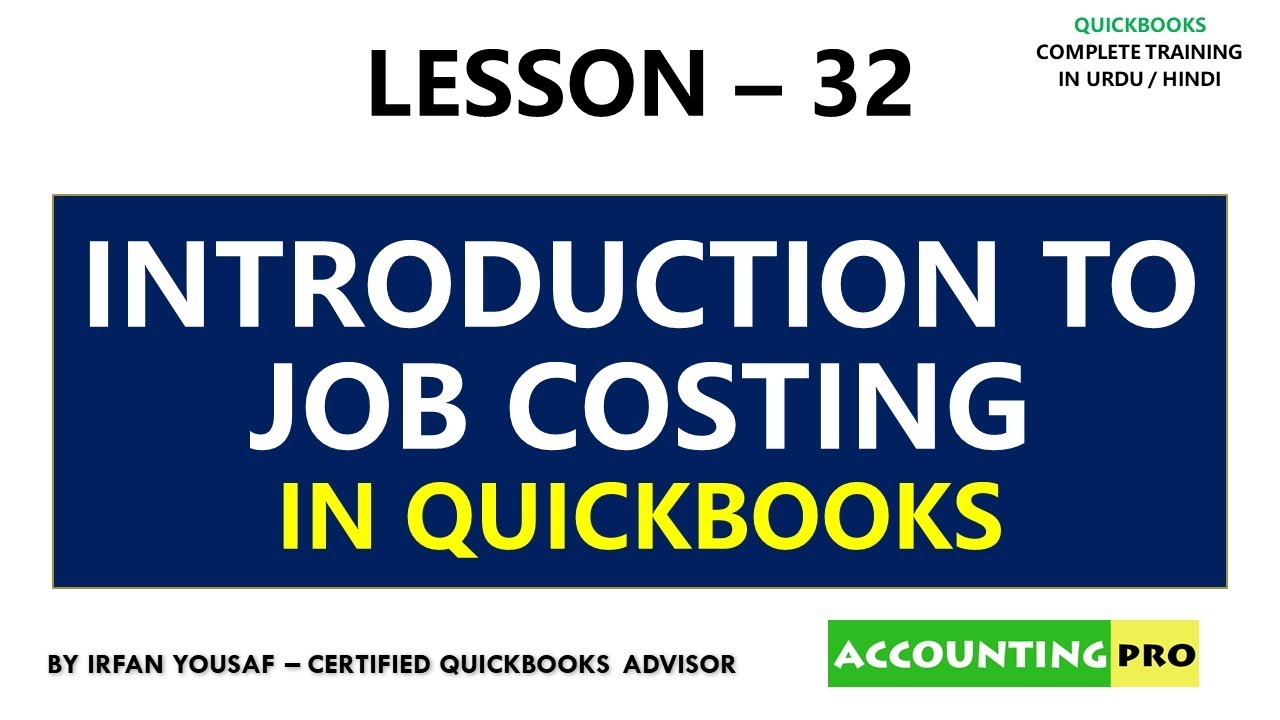 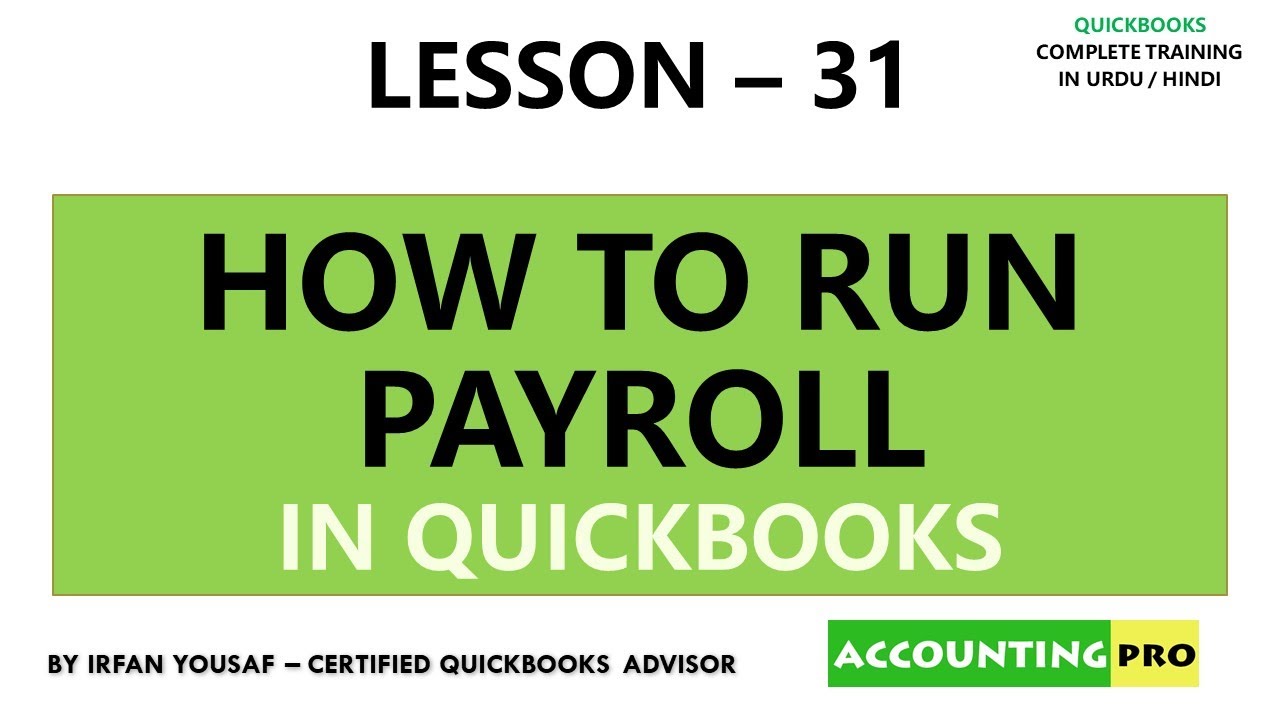 Lawmakers had gathered on Friday in the National Assembly in Islamabad ahead of the government's announcement of the Federal Budget 2017-18.

Key features of the budget

Increase real GDP growth to 6pc. Take investment to 17pc of GDP. Contain inflation below 6pc. Contain budget deficit to 4.1pc of GDP. Increase the tax to GDP ratio to 13.7pc. Enhance FBR revenues by 14pc, and increase federal expenditures by 11pc. Increase non-tax receipts by 7pc. Current expenditure to be kept under tight control. Maintain foreign exchange reserves at a level that can cover a minimum of 4 months of imports. Limit the net public debt to GDP ratio to below 60pc of GDP. Continue targeted social interventions.

Nearly Rs 1.001tr will be given out in agricultural loans next year. Agricultural credit will be extended at 9.9pc on two million 'small loans' of Rs 50,000 for farmers who hold up to 12.5 acres of land. Imported fertilizer will be subsidized and sold for Rs 1,000 per bag. DAP fertilizer will be subject to a fixed sales tax. Urea will continue to be sold at Rs 1,400 per bag by reducing taxes and subsidies. Other fertilizers' prices will be kept constant through tax adjustments. Hybrid seeds for canola and sunflower crops will be exempted from duty. The State Bank will help link the banking system to the Land Record Management Information System to facilitate farmers in securing loans. Agricultural tube wells will be provided subsidized electricity. Certain imported machinery for poultry farming will be charged a lower sales tax rate of 7pc, compared to 17pc previously. ----------

Mark-up rate on Long Term Financing Facility will be reduced from 11.4pc to 5pc. Duty-free import of textile machinery will be allowed. Zero-rated sales tax regime for textiles, leather, sports goods, surgical goods and carpets will be continued. To stabilise cotton prices, cotton hedge trading will be introduced. A Brand Development fund will also be created. 1,000 stitching units will be established. An online business-to-business and business-to-consumer portal for textile trading will be introduced. ----------

A Risk Sharing Guarantee Scheme for low-income housing will be launched. Under this scheme, the Government will provide 40pc credit guarantee cover to banks and DFIs for home financing for up to Rs 1m. ----------

Microfinance institutions will provide loans to low-income individuals worth Rs 8bn in total. Withholding tax on cash withdrawals by branchless banking agents will be eliminated. Small and medium enterprises SMEs will be provided easy-to-access loans through a risk mitigation facility secured with Rs 3.5bn from the State Bank. ----------

An IT park is being established with the help of South Korea in Islamabad at a cost of Rs 6bn. Startup software houses will be exempted from income tax for the first three years. IT exports from Islamabad and other federal territories will be exempted from sales tax. IT companies shall be allowed to open foreign exchange accounts in Pakistan on the condition that deposits in these accounts shall only be allowed through remittances from abroad in respect of their export earnings. They will be allowed to use these accounts for meeting business related payments outside Pakistan. Withholding tax on mobile phone calls to be reduced from 14pc to 12.5pc, while the sales tax will also be reduced to 17pc from the current 18.5pc. The customs duty on smartphone sets will be cut to Rs 650 per set from Rs1,000 per set. Import duty on mobile telecom products will be reduced. ----------

Federal development expenditures have been increased 37pc. Infrastructure will get 67pc of the PSDP budget. Rs411bn will be allocated for transportation and communication, of which Rs320bn will be allocated to national highways, Rs43bn for railways, and Rs44bn for other projects. ----------

Government will focus on building dams, canals and water course and improving the water distribution infrastructure. Rs 38bn will be allocated under this head. ----------

Rs 35.7bn for the Higher Education Commission compared to Rs 21.5bn last year. The Ministry of National Health Services, Regulations and Coordination will receive Rs 49bn. A new programme for hospitals will receive Rs 8bn. Rs 12.5bn will be allocated for Clean Drinking Water for All. Sustainable development goals will get Rs 30bn. ----------

Rs 43.6bn for 'fast-track development' projects in Azad Jammu & Kashmir, Gilgit Baltistan and Rs 26.9bn for Fata. All Army officers and jawans will receive a 10pc special allowance in lieu of their sacrifices in Pakistan's war against militancy. This 'special allowance' is separate from the 10pc increase in salaries for government employees and army personnel. A new financial scheme was also announced for the families of martyred soldiers and police personnel. Frontier Constabulary's jawans to be given a fixed allowance of Rs 8,000 per month. ----------

Target to raise tax revenues to 15pc of GDP. Corporate sector will get relief in the form of a 30pc effective corporate tax rate. Islamic banking instruments like Musharika, Ijarah and Murabaha will face the same tax regime as conventional banks. Withholding taxes for tax filers have been cut on new car registrations. (From Rs10,000 to Rs7,500 for 850CC; Rs 20,000 to Rs15,000 for 851-1,000CC; from Rs30,000 to Rs25,000 for 1,001-1,300CC cars.) Threshold for availing tax deduction for education expenses to be enhanced to cover individuals with taxable income of Rs1.5m per annum. Individuals earning above Rs1m to be eligible for Advance Tax, compared to Rs0.5m earlier. Tax rate on dividends to be increased from 12.5pc to 15pc. Dividends from mutual funds are also proposed to be taxed 12.5pc, compared to current 10pc. Interest income to be taxed at 10pc up to Rs5m, 12.5pc between Rs5m to Rs25m and 15pc above for interest income above Rs25m. Single capital gains tax rate of 15pc for filers and 20pc for non-filers. Super Tax to be extended on the income of affluent and rich individuals, association of persons and companies earning income above Rs500m at 4pc for banking companies and 3pc of income for all others. Withholding tax of 5pc to be collected from cigarette producers at the time of collection of tobacco cess. FED on cement will be increased from Rs1 per kilogramme to Rs1.25/kg, Commercial import of clothing will be taxed at 6pc. Steel sector will be taxed on electricity consumption at Rs10.5 per unit instead of Rs9/unit. A special taxation regime extended to the Association for Builders and Developers will be withdrawn due to the contribution of only Rs110m in taxes to the national kitty. The rates of withholding taxes for non-filers on payments received for contracts, supplies and services, payments to non-residents, rental income, prizes on prize bonds and lotteries, commission, sale by auction, collection on gas bill of CNG stations and sale by manufacturers and commercial importers to distributors, dealers and wholesalers are proposed to be further enhanced. The withholding tax rates for filers will be maintained and there will be no increase for filers. Reduction in sales tax on supply of hybrid electric vehicles at the import stage to promote efficient motor vehicles. Sales tax on zero-rated sectors' retail sales to be increased to 6pc. New tax on import of fabrics, which will be taxed at 10pc. FED on cigarettes to be enhanced. Regulatory Duty on chhaalia (betel nuts) to be enhanced to 25pc from the current 10pc and paan (betel leaves) to be taxed at Rs200/kg.